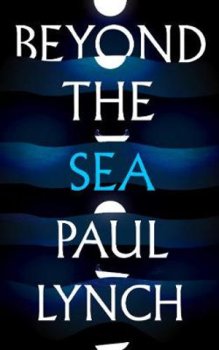 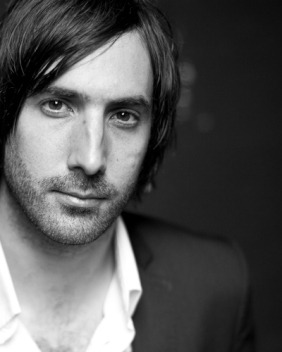 Dublin writer Paul Lynch won the prestigious Kerry Group Novel of the Year in 2018 for his book Grace. It was set in the time of the Irish Famine and was given high praise in an Age/SMH review. https://www.smh.com.au/entertainment/books/grace-review-paul-lynchs-beautiful-journey-through-the-irish-famine-20180111-h0gqgy.htmlIt It is a grim story of survival and his latest book Beyond the Sea could be similarly described.

The story begins in an unnamed country in South America. The central character, Bolivar, is in need of money, possibly to settle some debt associated with the drug trade. He is a fisherman, working for a local boat-owner, and insists that he will take the boat out even though a storm is threatening. He has to cajole a ‘long-haired youth’ named Hector to accompany him, promising a good wage and half the catch.

Tell me, Hector, what is a storm? It is a little windy, that is all. I have not yet met a storm that is the boss of me. We will go straight out and come straight back in again. No trouble.

But of course there is trouble from the forecast gale and when the engine cuts out and the GPS fails to work and Hector’s mobile is out of range, there is little they can do except hope for rescue.

There is little the reader can do either because land is not felt under feet again until the last page of the book. So what we have in effect is a story with only two human characters as they cope with the humours and changes of the Pacific ocean. It is a story of struggling for survival and the slow recognition by the two men that if they are ever to meet land again they will need to form some kind of truce.

The pair live on water collected from rainstorms and raw fish caught sometimes with ease, more often with exertion. However, when they are forced to depend on the raw meat of sea-birds caught by the older man, Hector refuses to eat and he is seriously upset by the way they have their wings torn off and are kept in a kind of make-believe pen.

Much of the story revolves around the internal struggles of each of the men, their dreams and the difficulty of distinguishing dream from reality.

He has stopped telling time by the sun. His mind falling into slowness. Time now is not time. It does not pass but rests. … Or sometimes he thinks time is passing without him, passing overhead or around him or underneath but not within.

In the book itself, the amount of time that has passed between incidents is suggested by the space between paragraphs.

Towards the end, Bolivar imagines conversations in which Hector takes on the role of his conscience, reminding him of his treatment of his wife and daughter. By that stage the younger man has died of hunger, his eyes pecked out by sea birds.  He sees himself torturing Hector,

… the sudden cursed shout that leaves Bolivar’s mouth as Hector is lifted and thrown into the water … the youth turning one way and another, there is nothing to hold on to, he lets loose a scream, he shouts to Bolivar, save me, I can’t see.

There is very little lightness in this story; you will not find yourself grinning or chuckling. The word ‘existential’ covers much of the more personal thinking of both characters, in the sense of the individual being faced with the consequences of his actions. But there is too, a celebration of the way that humans are able to face the most horrendous circumstances and manage to continue fighting for survival. 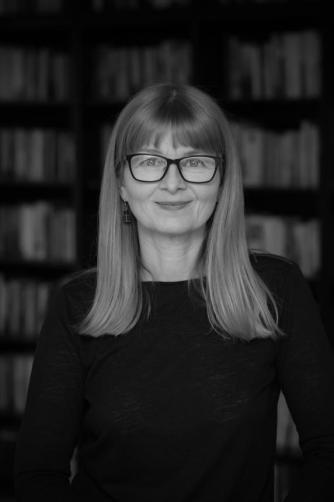 There ought to be a reason for writing a book. And just as important, there ought to be a reason for reading it.  A reviewer does has not have a right to question why a writer decides to put thousands of word on hundreds of pages; but having taken on the task of describing what the book is about and giving a subjective opinion of its merit, he has the right, indeed the duty, to say what effect the book had on him.

In brief discharge of that duty, let us first say what the story is. Luke is a kind of idiot savant, a young man briefly furloughed from his teaching job at the prestigious Belvedere College – James Joyce’s alma mater – to look after his aunt in the beautiful countryside on the Waterford-Tipperary border. The problem for the reader is to determine whether the idiot or the savant is dominant in Luke. For an unexplained reason, he has broken up with his longtime partner Maeve. He is unclear about his sexuality, having at some earlier time had a nine-month relationship with a male mathematics teacher at his school.

Now back in his home place, and with only a number of cats as company, he meets a local girl named Ruth; she is understandably dubious about starting a relationship with a man who might carry into their intimacy the memories and habits of his former gay life. His aunt tells him that Ruth’s father had once treated her abominably and urges him to give her up.

Fair enough, it’s a dilemma and the reader wonders how Luke will handle it.  Instead, we are treated to a hundred pages of introspection that includes, as a minor aside, a brief telephone treatment of how he breaks off with Ruth. Apart from that, the reader is faced with tedious philosophising about science, Islam, cruelty to animals, the afterlife, to mention only some of the matters that agitate his mind.

And Joyce of course: reams of speculation about Ulysses and Bloom and whether the great man had syphilis. Much of this rumination is unconnected, certainly with no apparent link to his romance with Ruth. At this stage, an admission is probably in order: those who know your reviewer understand that that the kindest word to describe his attitude to Joyce is indifference. However, those who are fans of the great one may find much to enthuse in the book.

A recommendation by Kevin Barry on the back cover describes the book as ‘intense, engrossing, a novel that constantly subverts the reader’s expectations.’ If you wanted to read that as a hint that the book is unusual, you would be right, though there may be a case for the use of a less gentle word to describe it.

Mary Costello was born in Galway and now lives in Dublin. This book has been released in Australia by Melbourne-based Text Publishing.

Frank O’Shea is a member of the Tinteán editorial collective.

One thought on “New Irish Fiction”