The Galway v Kilkenny game in Sydney drew a crowd of more than 25 000. By Melbourne standards, this would be regarded as small, but sophisticated Sydney is blasé about sport – an NRL game between Manly and the Bulldogs, for example, would be happy with a crowd of 15 000. 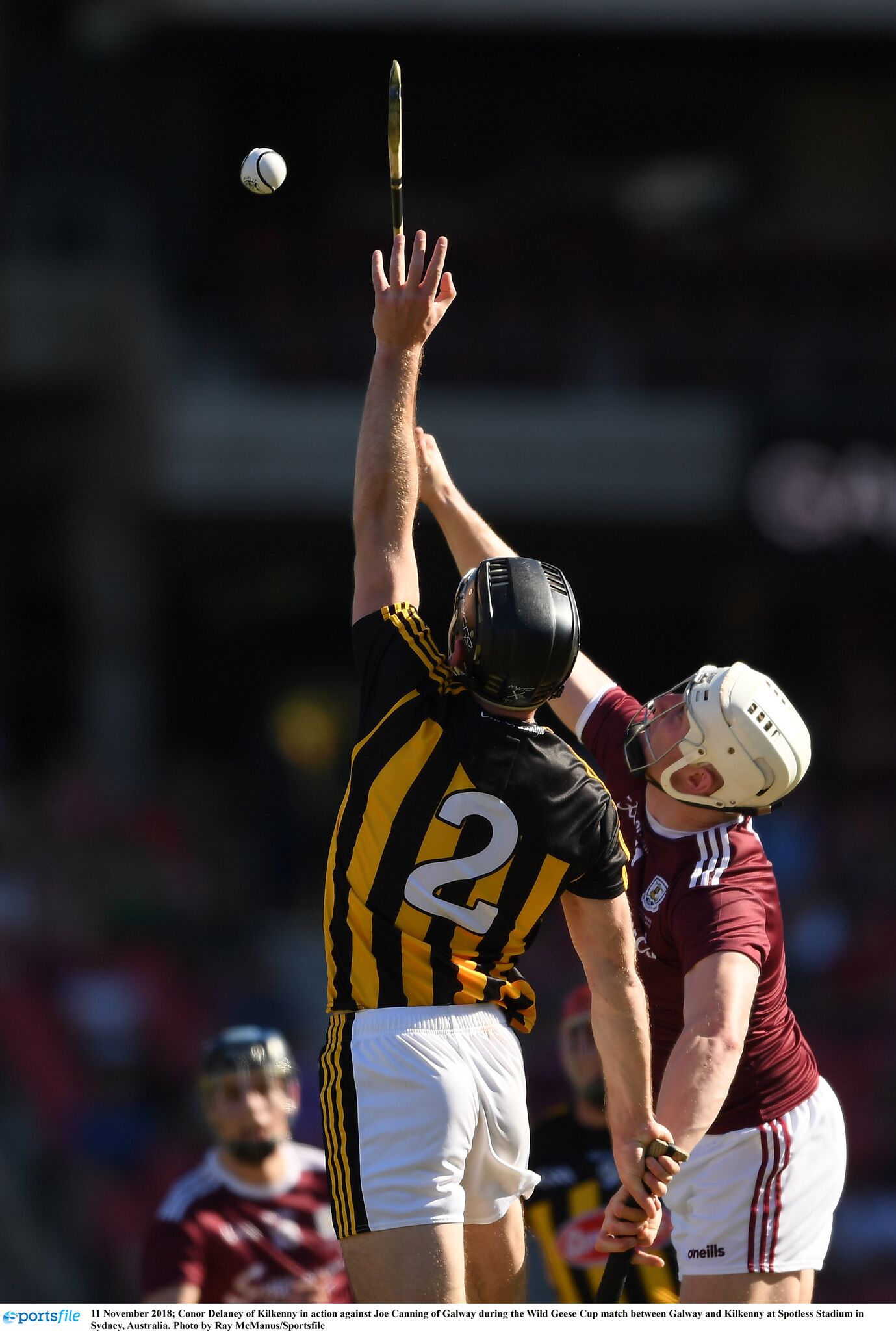 The first half was all Kilkenny, their goalkeeper and full back line repelling all attacks with ease. At one stage, coming up to half-time, the score was 2-14 to 0-6, a 14-point lead, equivalent to about 60 points in AFL or half that in NRL. The Galway backroom must have done something at half-time, because the players got down to business in earnest and slowly, slowly brought the teams level at the death. Their success was all the more remarkable because their best player Joe Canning was sent off with about 20 minutes to go for what seemed like no more than a yellow card offence.

Galway went on to win the 65s contest 4-3 and were presented with the Wild Geese Trophy by GAA President John Foran, the first Dubliner to hold that position for almost a century. Another result of their win was that they will be one of the two teams invited to the next Wild Geese game two years from now.

Perhaps in Melbourne next time. 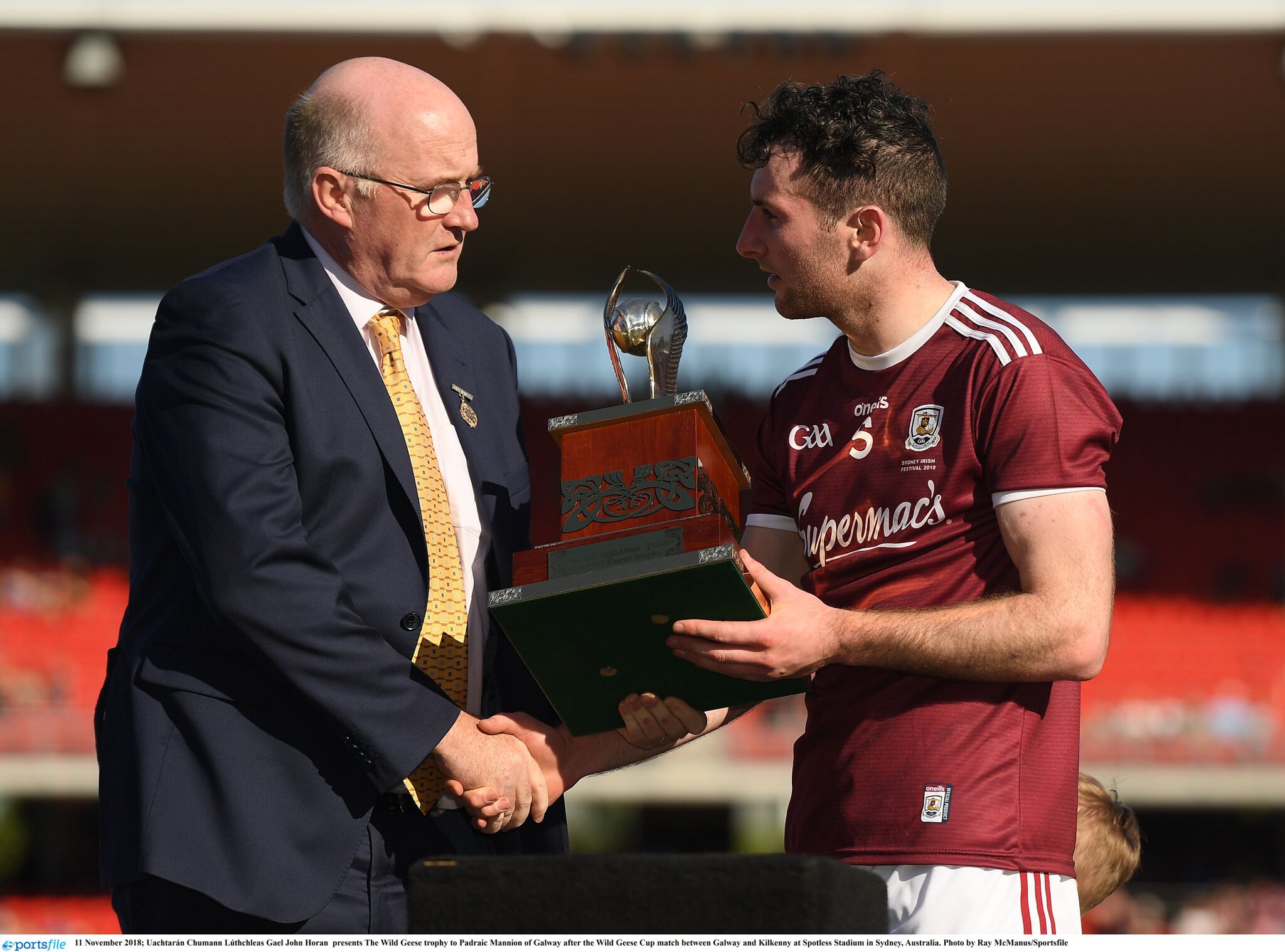 And the game is more than ballet, because hurling and camogie have been recognised by UNESCO as protected cultural activities.

Belfast-born actor Stephen Rea (The Crying Game, The Butcher Boy, Michael Collins) has recorded a touching reflection on the border.

“Jacob Rees Mogg, you don’t need to visit the north of Ireland to understand the border: you need to have lived here.”

The full clip can be found at https://www.youtube.com/watch?v=8cZe2ihEZO8

The big sports story of the month was Ireland’s 16-9 win over the All Blacks. The New Zealanders play a very physical game: first you intimidate, then you bring on the fancy stuff. It appears that the Irish stood up to them and beat them at every aspect of the game.

Writing in The Irish Independent, Brent Pope put it as follows:

One of the back-stories of the game was the role of the Irish inside centre Bundee Aki. Born in NZ and having played senior rugby there, he was drafted by Connaught and after two years living in the country, qualified to play for Ireland. His move was organised/facilitated/encouraged by Tana Umaga, one half of the duo that had Brian O’Driscoll taken to hospital 41 seconds into a Lions test in New Zealand in 2009.

Just one small worry. The RTE television coverage was sponsored by – wait for it – Panadol!

We sought permission to use a Getty Images photo with this story, but were not successful. ed

The Celtic Tiger is back

Kim Bielenberg in The Irish Independent gave 18 reasons why the Celtic Tiger is roaring again and Ireland is heading for another meltdown. Some of his reasons:

The International Dublin Literary Award is an annual award for a novel written in or translated into English. The prize of 100,000 euro is made by Dublin city council and is said to be the richest single award of its kind in the world. Nominations for the award are made by users of public libraries in over 100 countries.

The long-list for 2019 has been announced and there are ten books by Irish writers among the 141 on that long-list. The ten books are:

The first four books in the list have been reviewed in Tintean.

The short-list will be announced on April 4 next, with the winner revealed on June 12 by the Lord Mayor of Dublin.