Peter Cunningham is not as well known as Colm Tóibín or Sebastian Barry ot John Boyne. A native of Waterford, he has been writing high calibre fiction, much of it set in his part of Ireland, for more than 30 years. He came to prominence with books like ‘Love in One Edition’ and ‘Consequences of the Heart’ which were released and favourably reviewed in this country. He has now moved to a Scottish publisher, and it is not clear whether his work is available in bookshops here. This is a pity, because he tells a great story and knows how to keep his readers interested. With Niall Williams, he is one of the forgotten masters of modern Irish fiction. Here, we look at two of his recent books. 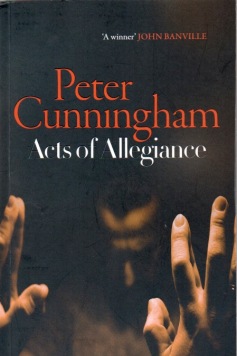 Peter Cunningham introduces a bewildering number of characters in the early chapters of this book. Most are members of the Ransom family, living in a large but cold estate outside Waterford or of their in-laws, the Kane family who live in the city itself. The relationship between all of them is not clear until you read further in the story and even that is made confusing by the way that each chapter moves back or forward in time. A reader might easily lose patience and that would be a great pity because this is a quite outstanding work of fiction.

On one level the story is a thriller based around incidents in the early days of the recent Northern Ireland Troubles. If you lived in Ireland or followed Irish affairs in the early ‘70s, events like the Burntollet Bridge ambush, Bloody Sunday and the burning of the British embassy in Ballsbridge would be familiar. So would Charlie Haughey’s back-channel to the IRA and the assassination of British Ambassador Christopher Ewart-Biggs. All of those incidents are central to the story, with characters from the book being involved in some of them.

But the book is more than just an action potboiler. It is the story of Martin Ransom, a man who finds himself an outsider, partly because of his education in an English public school and consequent accent, partly because his father rose to the rank of Captain in the British army in the Second World War. Marty joins the Irish civil service, first in an economic role connected with the country joining the EEC and later in the Department of External Affairs.

In both roles, he finds that he gets results and consequent promotion by cooperating with the British; when the Troubles start, that cooperation takes on a sinister aspect that finds him uncomfortable in his marriage and relationships. He must make choices between his function as husband and as civil servant who must keep secrets from his wife. He is an Irishman who is placed in the position of combating IRA violence, but betraying his own family in doing so. He is less than perfect in all roles and the reader is never quite sure whether to sympathise with him or condemn his ambivalence.

At one stage, a female character asks him, “Is it all making sense for you? Are you fulfilled in your work? Are you in the place you really want to be?” She goes on to tell him that she can give his life “the meaning I think it needs.” In time she does so, but he must choose to do something that may have an effect on the outrages committed by one side in the Troubles. In so doing, he must betray the people he grew up with and admired.

The story is carried in patchy action and dialogue where hints and suggestions are as common as direct statements. People die or are killed in violent acts that are hinted rather than crudely described. Even the final conclusion is suitably unclear, as befits a story that will leave as many questions as answers.

The book was published in Ireland as An Honourable Spy. 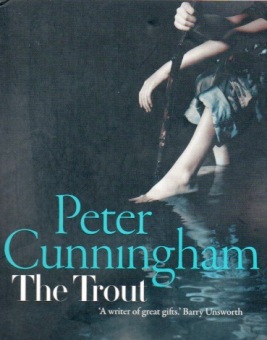 At times, you may find yourself getting annoyed with this book. Not just the almost haphazard jumps in time, not helped by the phrase ‘Two Years Ago’ at the start of many sections. There is also the feeling that this is just another attack, however well deserved, on the dominance of the Catholic church in Ireland in the middle years of the last century.

But all that is forgiven with the last sentence in the story. Suddenly, the whole scenario changes, the whole reason for the book. The villain is not the person you thought, nor those who were abused as children nor the mysterious stranger who appears from nowhere. The story is not really about sexual abuse by a popular priest or about the unrelated danger to a young child fifty years later.

It isn’t that you have been led down the garden path; that would be unfair. The veiled hints are unstated, between the lines, and they hide a deeper and more uncomfortable reality about Irish society: the way that innocent people were seduced by the prevailing attitudes of the time to fail to comprehend what might be happening or even worse, to ignore it.

The central character is Alex Smyth originally from Ireland, now retired in Canada. He has published a novel, but seems to be uneasy about becoming involved in the publicity for it. He returns to the places of his childhood in Carrick-on-Suir and nearby Waterford trying to work out a reason for his belief that he once killed somebody. He visits his father, referred throughout as the doctor, now in his nineties and in permanent institutional care, but the visit is not a success.

In between the unfolding story, the author writes paragraphs on the life, habits and predators of the trout. It isn’t entirely clear what those sections are doing, though many of the characters are experts at freshwater fishing and indeed the habits of that fish could be seen as metaphors for the lives of the characters. The chapters are short and there is a minimum of ornate descriptive passages; in fact, much of the story is carried in dialogue.

Here is a book to remind you that the magic of a story lies not in the number of pages but in the subtlety and quiet suspense of the telling. But don’t read the last sentence before you get to it.

Frank O’Shea is a member of the Tintean editorial collective