Text of talk by Michael Francis at the launch of his book Contesting Catholic Identify: The Foundation of Newman College 1914-1918

I think when I set out to write this book, the unconscious motivator was my frustration with popular myths about a harmonious white Australia. Talks around proposed changes to the national curriculum were often accompanied by assertions of homogenous Australian values, as old as Federation itself. In this narrow vision, with its blatant 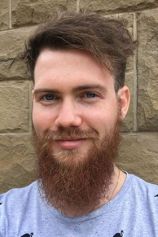 assimilationist agenda, Australia was white, English-speaking and Christian; our successes as an industrial economy and prosperous liberal democracy attributed to these supposed unifying facts about our origins.

Now this annoyed me, not only for the distasteful attacks on multiculturalism (that far greater and more recent of Australian values), but simply because such assertions of uniformity were not true. By way of a personal example, my maternal grandfather, grew up in regional Queensland in the 1950s. He came from Irish Catholic stock, though he was himself third generation Australian. Four of his uncles had served Australia during World War Two. Yet he and his brother were banned from participating in ANZAC Day commemorations at their local public school because the head teacher said their “loyalty to the crown could not be guaranteed.” I’m sure many people here know of similar stories of Catholic exclusion. I doubt my Catholic ancestors felt much fraternity with my Protestant ones.

Hopefully what my book shows is an Australia, not two decades after Federation, deeply wrought with division. A community divided along ethnic and religious lines. More often than not divided by class and political affiliation too. A deeply tribal white Australia. And one in which Catholics found themselves a significant minority; in the same way that many ethnic and religious groups in Australia today still find themselves subject to discrimination and vilification, often by the descendants of the very people who once found themselves excluded.

So it is a book about division. But I think it is also one about integration as much as separation. As you will see, the Catholic community was very much part of the fabric of Australia, and a great many of her sons and daughters already made up the elite of society. The last thing I want to do is merely perpetuate misleading stereotypes of downtrodden Irishmen living in urban ghettos. In Australia, at least, this was not always true.

One must remember, of course, that Newman College is built on the custodial lands of the Wurundjeri people of the Kulin Nation. While the Irish struggled against perceived persecution within Victorian society, they were, like all non-Indigenous Australians, the beneficiaries of European colonisation and concomitant acts of genocide and dispossession.

While I myself am not Indigenous, five of my cousins are Larrakia people; traditional owners of the lands upon which the city of Darwin is built. Their maternal grandparents are members of the Stolen Generation – torn from their Aboriginal mothers in infancy and forced to live at the Garden Point Catholic Mission on Melville Island – the victims of racist policies which resulted in a loss of language, religion, culture, and family connection. The intergenerational trauma of these events are still keenly felt. One need only think of the appalling statements made on commercial television last week.

During a state visit last year, the President of Ireland, Michael D. Higgins acknowledged not only the well-celebrated contributions of Irish men and women to Australian civic life, but also their deep complicity in policies and practices which relegated Aboriginal and Torres Strait Islander people to the very margins of society:

“If we are to be truly unblinking in our gaze, we must acknowledge that while most Irish emigrants experienced some measure, often a large measure, of prejudice and injustice, there were some among the number who inflicted injustice too.”

The relationship between Indigenous Australians and the Irish diaspora is doubtlessly multifaceted, and of course the nuances of that history fall outside the scope of my speech today. Regardless, one must acknowledge that the narrative you will read in my book takes place against the backdrop of overwhelming structural discrimination and the total exclusion of Indigenous people from the civil and political life of the nation. If non-Indigenous Catholics suffered injustice, at least they had the capacity to challenge that injustice as full citizens of a relatively free democracy.

I think remembering this history is extremely important. It gives us a more authentic understanding of events and their significance, and I hope also encourages a sense of empathy and a sensitivity when dealing with complex problems of identity and belonging in this ever changing world.

And I must say I have been overwhelmed by the support I have received over the last five years in getting to this point.

Michael Francis is a PhD candidate and Sessional Tutor at the University of Melbourne. His current study is the Catholic missions in the Northern Territory 1900-1940 and the relationship between the Church and Commonwealth Government in the formation of Indigenous policy.