DOROTHY DAY IN AUSTRALIA.  By Val Noone. Self published. 132 pp

Emma Donoghue’s latest novel The Pull of the Stars covers three days in a maternity ward of a Dublin hospital at the height of the flu pandemic 100 years ago. One of the central characters is the wonderful Dr Kathleen Lynn who was part of James Connolly’s citizen army in 1916 and was one of the founders of St Ultan’s Children’s hospital in Rathmines. Elsewhere in this edition you can read a fictional account of another exceptional Irish woman, Violet Gibson. Belonging to the same generation and at home in that company is Dorothy Day:  a woman who refused to be a supine acceptor of the status quo. A suffragist like Lynn and Gibson, Day went on to do wonderful work for the poor.

This book is not a biography, though the reader will learn a great deal about Dorothy Day. It is mainly an account of the three weeks she spent in Sydney and Melbourne in 1970 and the effect that her time here had on people of similar views involved in similar work with the homeless and the poor. During the Great Depression, Day and a former De La Salle Brother Peter Maurin, set up the Catholic Worker movement in America. Today, almost a century later, there are some 240 Catholic Worker communities, dedicated to non-violence, voluntary poverty, prayer, hospitality and return to the land. Day herself spent some time in prison for her pacifism and anti-nuclear stance and was under surveillance by the FBI.

Val Noone and his wife Mary Doyle were among those who met Dorothy when she came to Melbourne in 1970. Much of this book is taken up with the events that surrounded that visit. These were the heady days of the anti-war and anti-conscription movements here in Australia as well as in the US. In a Vietnam Moratorium meeting at Sydney Town Hall, Dorothy Day shared the stage with Jim Cairns. If you can tell something about a person by the supporters and critics they attract, that meeting tells much about Dorothy Day; so does the fact that she antagonised J Edgar Hoover in America, and in this country Bob Santamaria and Gerard Henderson.

The book will be welcome reading for the people in Melbourne who were involved in work for the strugglers in society. Many are named, as are prominent Catholics like Max Charlesworth, John Heffey, Niall Brennan and Fr Ted Kennedy of Redfern. A number of the men in the account come with the tag ‘at that time a priest’ and one feels that many of the men named were part of a boom in priestly vocations in the mid-century, not all of whom remained in the ministry, a situation that applied in Ireland also. It is sad that today’s youth of similar age to the young people named in the book are so taken up by the economic need to put study and work over activism that they must of necessity attach themselves to causes associated more with noise than with action. 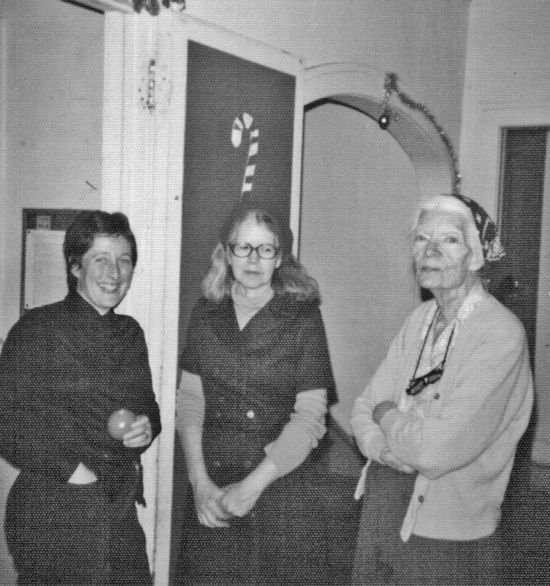 Because the author had personal contact with Dorothy and those close to her, there are many small incidents which tell much of her personality. He and Mary were among a group who met her at Spencer Street station. He offered to carry one of her bags, but she brushed him off and told him to go and help an old lady who did need help. Another who was part of that Spencer Street greeting group was mathematician and social reformer John Ryan. In later conversation with her, he timidly confessed that he was not a pacifist. ‘It is very difficult for an Irishman to be a pacifist,’ was her wise reply.

A deal of the information about Dorothy’s time in Australia comes from the diaries and letters of Mary Doyle. She tells one story about declining an invitation to join a Sydney seminar with Dorothy and some other young people because she had to get back to Melbourne where she was needed at a house for the homeless that she was helping to run. ‘Not much of a house if you’re needed’ was the friendly but powerful reply and Mary duly stayed for the seminar. I like too the story where she was quoted as saying that she admired Fidel Castro. ‘He was educated by the Christian [De La Salle] Brothers and the Jesuits, so he had never heard of non-violence.’ Ouch!

Dorothy Day was a convert to Catholicism. She had an unsettled youth, including an abortion; the father of their daughter left because he did not approve of her conversion. The Catholic church has not weathered well the 50 years since she visited this country. Setting aside the awful stories of sexual abuse, there are other problems, notably the difficult time that the present pope is having with some of his closest workers – he has received public letters from people including cardinals accusing him of heresy. When he addressed the US Congress in 2015, Pope Francis singled out four people for particular praise: Abraham Lincoln, Martin Luther King, writer and mystic Thomas Merton and Dorothy Day.

It was a fitting tribute to three great men and one wonderful woman. After she died in 1980, Time magazine called her ‘a street saint.’ When a journalist once suggested something similar to her, she replied that it would not be possible because she was much too busy. She remained a lover of Catholic belief and ritual and managed not to antagonise church authorities too much. The author sums up well this aspect of her personality, ‘Dorothy’s combination of opposition to state power and respect for church authority remains a puzzle.’

Frank O’Shea is a member of the editorial collective of Tintean.

One thought on “Recalling Dorothy Day”