From the Tinteán Editorial Team

The year 2018 has been deemed Bliain na Gaeilge, (Irish Language Year). See below for more information.

Taoiseach Leo Varadkar has been learning Irish over the past few years. You can hear his progress on this promotional video on YouTube (comes with English subtitles)

The following article is an edited version of the post published in IrishCentral by Anthony Neeson @IrishEcho January 04, 2018 04:46 AM

Taoiseach Leo Varadkar has already given his blessing to the scheme which hopes to emulate the successful ‘Gathering’ in 2013.

2018 marks the 125th anniversary of the language revival movement that was born with the founding of Conradh na Gaeilge – the Gaelic League. 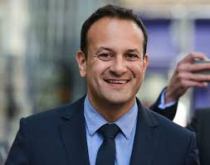 ‘Throughout Bliain na Gaeilge we want to celebrate the Irish language and encourage as many people as possible to get involved,’ said Mr Varadkar

‘Whether you are a fluent Irish speaker, if you are just learning the language, or if you haven’t used your Irish in years, this is an opportunity to improve your fluency, learn more about the language and encourage your neighbors, friends and colleagues to embrace the language in their everyday lives.’

‘Bliain na Gaeilge will give those fluent and those with the cúpla focal, or those interested in the Irish language throughout the world, a fantastic opportunity to use the language more. We are inviting the public to get involved in events organised during the year, to use more Irish during the year and, similar to the Gathering in 2013, to host their own events, be it a coffee morning through Irish or something even bigger.’

As well as many fun-filled events, the celebrations will include a parade through Dublin  to celebrate the language on March 3. In addition, a series of seminars will be held on a monthly basis around the world discussing the history, heritage and future of the revival of the Irish language.

‘125 years after the beginning of the Irish language revival, Bliain na Gaeilge gives us the chance to celebrate all that has been achieved for the language since 1893. It is also a chance to put Irish and the challenges the language faces today at the heart of the national discourse.’