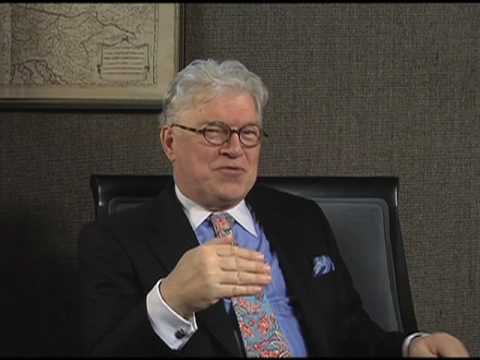 It is with great sadness that I have heard of the passing of Frank Delaney, acclaimed novelist, broadcaster and journalist. RTÉ had the benefit of his considerable talent and skills and he was widely appreciated as the BBC correspondent in Dublin.

Frank Delaney went on to create a space to discuss arts and literature, winning both critical acclaim and substantial audiences for his broadcasts as well as his writing. He was recognised as an important scholar on the work of James Joyce and an influential Irish voice in the UK and further afield.’

Not many of us could claim to have presidents mourning our passing. Frank was, perhaps, not as well known in Australia as in Ireland, the UK and the United States, where he spent his last fifteen years and where he was dubbed ‘the most eloquent man in the world’ by NPR, America’s public service broadcaster. 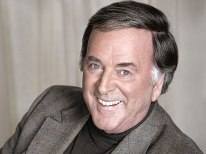 I first encountered his eloquence (critics might call it his typical Irish gift of the gab!) when working as a radio producer at the BBC. For decades BBC Radio was home to not one but two very eloquent Irishmen. Terry Wogan (who died just a year ago), with his popular music and easy chat, was the Irish voice on Radio 2 while Frank fulfilled the same role on the more cerebral Radio 4 with his weekly book programmes and occasional documentaries.

They shared the same charm and curiously both had fledgling careers in banking before switching to broadcasting for RTE and then crossing the Irish Sea to London.

In 1978 Frank created the long-running Bookshelf programme on BBC Radio 4 interviewing hundreds of big name authors such as Anthony Burgess, John Updike, Margaret Atwood and Christopher Isherwood but he was a pluralist and loved Maeve Binchy too. I still treasure a worn cassette of my two young sons talking about their favourite picture books on one of his programmes. As a child himself he is said to have consumed much Irish literature and read all of Dickens by the age of fifteen. He also presented Word of Mouth, Radio 4’s weekly programme on language, as well as many television documentaries including a special on James Joyce.

And it was Joyce who was to become his lifelong passion despite an inauspicious beginning when he declared Ulysses unreadable! Always a man who enjoyed a challenge, in 2010 he launched a free weekly podcast ‘Re:Joyce’ on frankdelaney.com to commemorate and explain this unique but daunting novel – the action of which takes place during the course of one day in Dublin on June 16th 1904.

By the strangest of coincidences it was while I was preparing for a special day’s workshop on Ulysses, run by Frances Devlin-Glass for Melbourne U3A, that I wondered ‘what would Frank say’ and turned to his website only to find that he had died suddenly just a few days before.

But his distinctive voice is still there. Sadly he had reached only page 192 of the Gabler edition: his last podcast was number 368: Cavalcades and Comet’s Tails. Frank had estimated it would take him a quarter of a century to complete the project.

He never pretended to be an ‘intellectual’; he was just his own Clonmel self, well aware of the gift he had received in his mellifluous voice and accent, well aware of the power he had to bring audiences with him down paths they might not otherwise explore. In recent years his Joyce podcast was a hugely helpful gateway to Ulysses for a new generation of readers. His commitment, his sense of fun, his love for Joyce’s work, will be greatly missed.

But his love and promotion of James Joyce must not allow us to forget that he was an author himself and although he was a consummate broadcaster his heart lay in writing. He produced eight works of non-fiction, poetry (including a rap to James Joyce!) and fifteen novels, mostly telling us of an Ireland now vanished.

Merilyn Harris emigrated to Australia in 2015: the two young boys mentioned above grew up and fell in love with Aussie women so the pull of three Aussie grandsons was too great!   She has just produced an episode for Stephen Fry’s English Delight BBC Radio 4 series called English Upside Down on the history of Australian English.