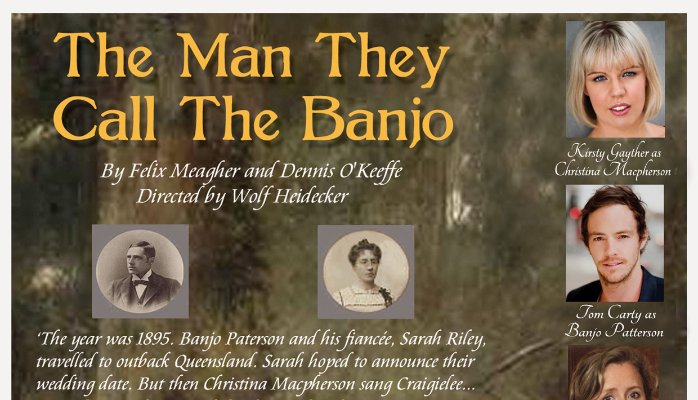 Event: Musical Drama: The Man They Call the Banjo

The musical tells the story of the secret love affair between Banjo Paterson and Christina MacPherson as they wrote the classic Australian song Waltzing Matilda. Based on the book, Waltzing Matilda – The Secret Story of Australia’s Favourite Song  by Dennis O’Keeffe it is set during the shearer’s strike of 1894. The Man They Call The Banjo captures the angst between the shearers and the squatters, the forbidden romance, the love triangle and the mystery surrounding the death of Australia’s most iconic figure – The Jolly Swagman