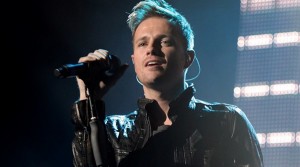 Ireland’s chances of qualifying for the Eurovision Song Contest Final have improved overnight with a shock announcement from the European Broadcasting Union. Romania has been disqualified from competing at the Contest in 2016 because its national broadcaster, TVR, has failed to meet an outstanding debt deadline. The issue, for which urgent solutions have been frantically sought, dates back to 2007. Last minute negotiations have failed with the result that both Ireland and Australia have now only 8 to beat to qualify from their Semi Final in Stockholm on 12th May.

This unfortunate situation improves the qualification chances of both countries but Ireland is the more likely to benefit . Most commentators have assumed an easy qualification for Australia but a more borderline chance for Ireland. Nicky Byrne’s ‘Sunlight’ is now better placed to shine in the absence of Ovidiu Anton’s ‘Moment of Silence’.