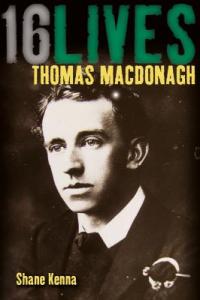 I have been reading this fine biography of MacDonagh in the context of the Charlie Hebdo affair. We know something of how the recent Arab Spring drew inspiration from poets such as Abul-Qasim al Šabi (1909 – 1934), and others. So I have been given to wonder as to the degree of responsibility, of cause and effect, a poet, or dramatist, may have a cause, and thereby create horrible, unintended consequences for the innocent. And I keep finding myself faced with far many more questions than answers.

Kenna has a gift for finding the right quotation to make his point. ‘Dear boy, you’ll be shot’, Edward Martyn’s comment was sadly prophetic as MacDonagh left his last business meeting with colleagues in the Irish Theatre. All good dramas need a climax, and so MacDonagh and his co-conspirators provided one. Indeed, S. Kenna seems to indicate that the whole of MacDonagh’s public life was an act of theatre, grounded as it was in a perceptive reading of Irish & Anglo-Irish literature.

Kenna clearly sets out the parameters of MacDonagh’s life (1878 – 1915) within the broader setting of the series, 16 Lives, that encompasses the biographies of all sixteen of the Kilmainham martyrs. The son of a farmer whose family had moved to Co Tipperary from the troubled Sligo-Roscommon borders, young Thomas was well-educated by the local priest after his father’s premature death. Rather than take up the farm, he chose to train as a primary teacher. Thereafter MacDonagh developed rapidly as a scholar and dramatist, and as a sensitive lyric poet. 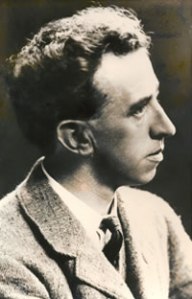 More often than not, other accounts focus too much on conflicts between Pearse and the others, or on the grinding millstone of History. There’s enough of that here, but it’s the man, teacher, scholar, husband and father, who emerges from these pages as a conscious and inspirational fighter for the country in its darkest hour. MacDonagh has been successfully placed within his contribution to the Rising.

We know the history only too well. The grim reality is that all the fine poetry and dramatic turns of phrase were no match for the realities of warfare. Kenna makes it clear that the game was up well and truly before the Aud was scuttled and its shipment of 20,000 German rifles & ammunition was lost to the cause. MacDonagh was sincere, noble even, and he was fully justified in agitating along with his comrades for an effective redress to English maladministration & broken promises.

But we must ask some questions of his ghost. Do we cast Redmond as the villain by trying to buy English post-War gratitude? Do we consider, like Lenin, that given another two years, the English would have crumpled? And surely it was clear enough to the revolutionary command that Carson’s UVF, in conjunction with the Crown, would have outgunned them even if Dublin and the South had been secured. Given that the bulk of Redmond’s men were fighting on the Western Front, an inherent lack of military discipline and insecure lines of communication meant that the Rising was a symbolic gesture at best.

But then, symbols hold a powerful sway over men’s minds and souls. The outcome was grisly enough, but a public relations blunder of the first order for London because of the way in which the occupation forces mishandled the post-surrender situation. That the courtesies of military law were ignored once the combatants had surrendered would have given a clear signal as to how the authorities were going to act, and so they did, merely going through the motions of justice, executing the Sixteen over the course of a long month. MacDonagh was reported by a British officer to have met his fate ‘like a prince, and his death was mourned by Ezra Pound as a ‘loss both to Ireland and to literature’.

Do we measure MacDonagh by his words, his poetry and drama, or do we examine the consequences of the Rising and judge him alongside those? In the short term, the Rising was a failure, and even when a peace of sorts was made a bitter civil war ensued, and still continues. The state established fell far short of the revolutionaries’ expectations, and all aspects of civil society intellectual life took too long a time to recover from the onslaughts of gunmen, politicians’ vile rhetoric, blind religiosity and economic depression.

I would like to read the rest of this series, to learn more about MacDonagh’s comrades, and perhaps to address further questions … was his sacrifice worthwhile? Is any nation’s struggle for liberty worth the cost? If the costs paid by civilians are so great, is armed struggle justified? Are there lessons in his life and times that could be communicated to our Arab colleagues?

Perhaps the answers to these question will come sometime next year, when a few will gather and read his poems, perhaps stage one of his dramas and talk about what animated his soul, and may still enliven ours.

Edward Reilly has published First Snow (2004), a travelogue of time spent in Lithuania as an education consultant, and also published poetry & criticism in journals such as James Joyce Quarterly, Poetry Ireland Review, Poetry Salzburg Review, Tinteán et al. He is the founding editor of Azuria, a small literary journal published by Geelong Writers.

One thought on “Responsibility in Revolutionary Times: the case of Thomas MacDonagh”