Marty Kelly on every Thursday night at 6.30pm from Thursday 19th January.

Ticket includes two course meal, drinks available at bar prices. Booking fee included. Proceeds go towards the  work of the Brigidines and others involved with ACRATH (Australian Catholic Religious Against the Trafficking of Humans –acrath.org.au), helping women who have been trafficked and exploited.

Event: Bringing The Táin Bo Cuailnge To Vivid Life Via Its Women 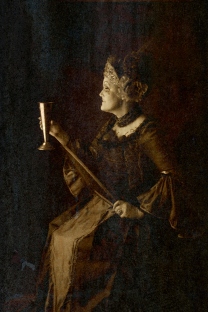 Cost: $30 full price; $20 for those with Commonwealth Health cards and students; $15 for school children, and concessions for groups of 6 or more.  Bring the kids.

Through her energetic, physical, evocative telling of the tales of Medb, Macha, Derdriu, the Morrígan and others, Niki invites her audience to consider their own response the women of the Táin.

If you missed Niki’s earlier show, you must not miss this. She has not long returned from a tour of Ireland, where she has continued to  gather stories, and refine her craft, to great acclaim.  She is a highly experienced and well-trained performer who also teaches drama. Her family connections tie her strongly to Ireland and she loves its mythologies, and communicates its mythology and cosmology with infectious joy.

Acclaimed pianist Tamara-Anna Cislowska has graced the great concert halls of the world, shared her innate sensitivity and interpretive powers with the finest orchestras and received critical acclaim for her numerous musical recordings.

Tamara is joined onstage by Irish diplomat and raconteur Richard O’Brien in this special concert for St Patrick’s Day. John Field: Inventing ‘Night Music’ shines a spotlight on the life and music of Irish composer and pianist John Field. One of the most influential composers and innovators of the 19th century, Field’s Nocturnes influenced Chopin, Schumann and Liszt among others. He lived the last 30 years of his life in Russia and fostered a whole new school of Russian pianism that can be seen in the future compositions of Tchaikowsky, Scriabin and Rachmaninov.