No spiders were harmed in the making of this memoir.

I have written this piece to share my thoughts and experiences (albeit fleeting) of life as an Irish student living, travelling, and studying in the land ‘Men at Work’ affectionately call, Down Under.

For context: I am a 3rd year undergraduate student in Trinity College, Dublin, and I recently undertook a one-semester exchange to the University of New South Wales, Sydney. I was fortunate enough to live on UNSW’s campus for the duration of my exchange, saddled between the suburbs of Randwick and Kingsford, and a short walk from the beachfront at Coogee.

Get Out and Enjoy Ya’Self

What first struck me about Sydney, and indeed, what is representative of Australia in general, is just how active and outdoorsy its residents are.

Everyone in Sydney stays fit somehow, and if you saw the calibre of ‘beach bods’ gracing the sandy shores of Bondi, Tamarama, or Manly each day, you’d quickly learn to stay fit too… Even the pasty Irish expats have slimmed into their swimmers.

Did You Watch the Footy?

The above theme ties nicely into the next; Australians are well and truly obsessed with sport. If it runs, strikes, passes, jumps or kicks, the Aussies want a piece of the action, and moreover, they’ll put a bet on it too.

In Victoria, West Australia, and the Northern Territory, the AFL (Aussie Rules) dominates, while Queensland and New South Wales are the rugby fanatics (with emphasis on rugby league). Melbourne hosts the annual Australian Tennis Open, Randwick Racecourse is home to the world’s richest horse race on turf, ‘The Everest’, and the whole country gets behind the cricket in the summer.

‘The Everest’ Race at Randwick Racecourse.

Soccer is also not forgotten; never in my life have I met a more loyal Liverpool fanbase outside of the place itself.

Disappointingly, however, the Aussies didn’t really get around the Rugby Union World Cup in September. ‘The Fields of Athenry’ and ‘Swing Low, Sweet Chariot’ were the dominant cries in the supporters’ bars, and in one city centre pub it was put to a vote whether to turn on the commentary for the New Zealand v South Africa match, or the local rugby league game. Outrageous.

The student experience in UNSW, Sydney was markedly different to that of Trinity.

In the first instance, I never fully came to terms with the immensity of UNSW. The university has over 59,000 students, most of whom attend classes on its 38-hectare site at Kensington, seven kilometers from Sydney’s centre. Trinity, with its 17,000 students, pales in comparison.

At peak hours, thousands of students can be seen strutting up and down the University Mall or lounging cross-legged under the sun on the lawns of the Quadrangle. The most typical Australian sight to see at UNSW, however, is the small groups of students playing Spikeball barefoot, or perhaps the cohort of young men with mullets and moustaches, often wearing skate socks and looking mighty chilled out. Mind you, I see increasing numbers of those types around Trinity’s Arts Block.

In terms of extra-curriculars, the society culture does not seem to be as treasured as it is in Trinity. The University has plenty of clubs and societies, but the uptake on membership seems to be proportionally a lot lower than it is back home. It appears that the majority of students attend Uni for the classes and then leave immediately once they have finished, opting to work part-time (or even full-time) in addition to their coursework. With many of the lectures being recorded, a large group of students simply do not attend lectures at all, attending only the mandatory tutorials and in-class exams.

Some students I talked to also claim that their friend groups originate from their high-school and/or locality, and that the University is simply too large and impersonal to facilitate the building of an intimate social circle. Having said that, there are numerous clubs and societies with tight-knit communities that resemble those of Trinity. Enactus UNSW is one such example: This international student social entrepreneurship society is in 1,730 universities worldwide, and its UNSW branch is one of the largest and most active.

UNSW’s academia is also styled quite differently from that of Trinity.

In the first instance, 2019 saw the rollout of UNSW’s trimester system. Unlike in Trinity, where we have two terms, a five-week break for Christmas, and nearly four months of summer holidays, UNSW has three terms throughout the year: February to May (Term 1), June to August (Term 2), and September to December (Term 3). The introduction of this system admittedly caused a lot of inconvenience to some students who found their coursework crammed into three sets of 10-week terms versus the original pair of 13-week terms they had prior to 2019. Even some of my lecturers felt they had to skim over some topics in order to condense their content into shorter terms. Most notably, the students’ summer holidays no longer align with those of other universities.

Some advocates of the trimester system claimed students would have access to a greater number of courses, better study abroad options, and would be able to finish their degree in less time. However, according to a lot of people I spoke with, Uni became much more intense as a result of this new system.

Secondly, there is a much greater emphasis on continuous assessment, class participation, and groupwork in UNSW than in Trinity. Although I was only there for one term and took only four business-related courses, three of these courses required a group presentation as part of their assessment, and my final exams were worth only 35% of my overall grade. In contrast, the vast majority of my final exams in Trinity tend to be weighted at 75%, with a few even being 100%. In addition, I have yet to make a presentation as part of my assessment in Trinity.

No study abroad experience would be complete without tales of thrilling adventures to exotic and faraway places, and mine was no different.

Touring the South Island of New Zealand by camper van for 8 days: We saw the lasting effects of the 2011 earthquake in Christchurch, spent one morning skiing the slopes of Treble Cone, admired the fiord of Milford Sound from a catamaran, bungee jumped from a suspended cable car in Queenstown, and swam in the ice-cold Blue Pools of Wanaka.

Spending the week-end with cousins in Melbourne, drinking the spectacular specialty coffee of Market Lane, spotting penguins at St. Kilda’s, driving the Great Ocean Road and the winding tracks of Melbourne’s F1 Grand Prix, and perusing the stalls of Queen Victoria Market.

At the time of writing, Ireland has been issued with a Yellow Warning for snow and ice, and the rain is battering my bedroom window relentlessly. It is nights like these, scrolling through the Instagram stories of my Australian friends, that I reminisce on my unforgettable exchange in Australia. I am happy to be home among my dear friends and family, but I yearn to be back at UNSW, heading for a morning swim at Coogee, or lying on the grass in shorts and thongs (flip-flops). While it struggled with ferocious bushfires shortly after my departure, Australia is a magnificent country where opportunities abound, and the lifestyle is sweet. I am incredibly grateful and privileged to have had the opportunity to study in Sydney and would recommend any curious student to head Down Under in a heartbeat. 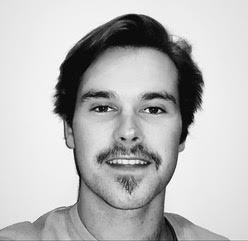 Peter Benson is a third year undergraduate student of law and business in Trinity College, Dublin. He is an Activity Leader in the Trinity Vincent de Paul Society and was formerly the Competitions Officer of the Trinity Law Society. His interests include touch rugby, writing, and volunteering with Trinity VDP’s clubs for older persons and children. He is open-minded with regards to his future career, whether it be in corporate law, social policy, or even healthcare. He is very fond of his niece and two dogs.