Report from the Irish History Circle’s April Meeting, by 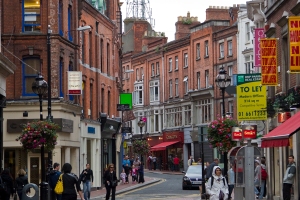 Deirdre took the audience on a fascinating and delightful walk through the Portobello area of Dublin which is in and around the South Circular Road and the Grand Canal.

Going from street to street,  the following is but a sample of the many people and events stemming from the area:

-Robert Emmet was captured on Harold’s Cross Bridge following his failed uprising in 1803 as he was trying to get to his sweetheart Sarah Curran. It is now called Emmet Bridge.
– Further along the canal is Portobello Bridge, which in 1861  saw a terrible tragedy one night when a horse drawn omnibus fell into the water when a horse reared when frightened. Six  of the passengers were drowned.
– The streets in this area  get various mentions in James Joyce’s Ulysses, perhaps it is because his parents lived in Clanbrasil Street.
– Henry Grattan, the politician of the late 18th century had a house and land in this area.
– There are two Barracks in the region, both with a long history.
– Synge Street Christian Brothers school has produced many famous past pupils who were brought up in the surrounding neighbourhood. Among them are Harry Boland, Gay Byrne, Eamon Andrews, Liam Cosgrave, Noel Purcell, Brian O’Nolan (Flann O’Brien)
and many more.
–  George Bernard Shaw was born at 33 Synge Street.
– Grace Gifford Plunkett lived and died in South Richmond Street and her funeral mass was at St.Kevins Church in Harrington Street.
– Speaking of South Richmond Street Deirdre recalled the Christy Bird shop. Opened in 1945 as a second- had furniture shop it has a long association with the Arts lending props for such productions as Saving Private Ryan, The Field, The Commitments, Out of Africa, My Left Foot etc. Also, students from the College of Surgeons would buy and sell back skeletons through Christy Bird.
– Deirdre’s final point was on Religion.  This tiny part of Dublin has been home to Catholics, Protestants, Jewish, Irvingites, Presbyterians, Lutherans, Methodists and Muslims. How multicultural can you get ! 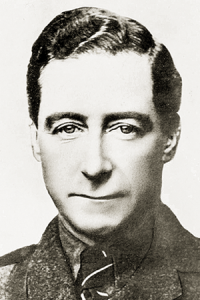 Story in Pictures’
Cathal Brugha was an iconic figure among Republican sympathisers and died in 1922 during the fighting at the start of the Civil War. Chris talked to his slides that chronicled Cathal Brugha’s life.
Born Charles Burgess, the tenth child of fourteen, he joined the Gaelic league and Conradh Na Gaeilge as a young man. Changing his name to the Irish he joined the Irish Volunteers in 1913 and fought as second in command to Eamon Ceannt at the South Dublin Union during the Easter Rising. He was seriously wounded in the fighting and had a partially disabled leg as a consequence.
In the General Election of 1918, Sinn Fein recorded a landslide victory. Cathal was elected for Waterford/South Tipperary. At the first Dáil meeting in January 1919, he was elected interim Chairman until DeValera was freed from prison three months later. He then took up the post of Minister for Defence.
During the Anglo-IrishTreaty debate in 1921, he was anti-Treaty and a strong advocate of ‘all or nothing’. He joined the IRA. Fighting a rearguard action to allow their HQ staff to flee the city, he was again mortally wounded in the Dublin street that now bears his name.
Portobello Barracks, a subject of the first talk, is now named Cathal Brugha Barracks.

Brian Gillespie is Donegal-born and is a co-convenor of the Celtic Club History Circle.

Next Irish History Circle Meeting is on Monday May 15th at 7.30pm.
The Principal speaker is Maried O’Sullivan on the topic of Michael Davitt.