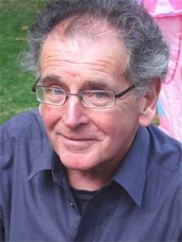 We’re delighted to announce that Peter the Racker Donnelly, a Dublin-based entertainer/poet/raconteur has offered his skills to Bloomsday for a fundraiser on Friday 29 May at the Celtic Club at 8pm. It promises to be a cracker of a show. He’s a class act: he regularly performs at the Joyce Tower in Sandycove for Dublin Bloomsday, and his poetry CD’s are very funny on all sort of subjects to do with Dublin and literary Dublin. He is wickedly witty. He broadcast for RTE his sequel to Ulysses, ‘The Truth about the Blooms’ and we’re confident it will be a grand night. He’s much sought after as a performer in Ireland, and we advise early booking.He’s very generously donated the proceeds to Bloomsday in Melbourne, and he will be our honoured guest on Opening Night.