The following is an extract from a speech give by the Rev. Diarmuid Martin, Archbishop of Dublin as guest speaker at The Russo Family Lecture at Fordham University in New York on 24/04/2013. Dr Martin received an honorary doctorate from the University on the 25/04/20123. For the full text see: 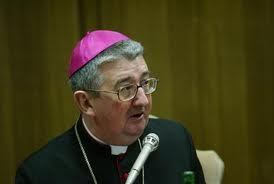 ‘Let me take brief look at the changed demographics of Catholic Ireland. Church attendance is very low in some areas, especially in socially deprived areas. In Dublin, Mass attendance is generally highest in middle class parishes, where parishioners are middle class economically and liberal middle-of-the-road on matters of Church teaching. They are parishes however where there is a sense of community and activity. There is a growing interest in adult faith formation, but as yet generally on an irregular basis. Irish Catholics are generous to the Church even in hard times. The International Eucharistic Congress in Dublin was financed above all by the voluntary contribution of ordinary Catholics. The presence of young people in the life of these parishes is however minimal. The strong backbone of good Catholics in Ireland is an aging group.

Where there are signs of youth participation in the Irish Church it is among more conservative young Catholics. Is this where the future of the Irish Church lies? I am not sure. Many of these movements of young, more traditional Catholics are very limited in numbers and make little inroads into the lives of their peers. When it comes to New Evangelisation the Irish Church has to ask radical questions as to where it should be directing its resources.’